Located in a dense green region by the banks of the River Lima, Ponte da Barca owes its name to the boat (‘Barca’) that linked the two banks before the bridge (‘Ponte’) was built in the fifteenth century.

There are beautiful monuments from the sixteenth to the eighteenth century in the historical centre of the village and in the surrounding area there is the Romanesque church at Bravães and the castle at Lindoso, which played a key role defense of the region.

Suggested activities: Learn or practice your canoeing skills at the River Lima; go cycling or walking at one of the five trails of the Ecovia.

Claimed to be the oldest village in Portugal, Ponte de Lima’s most famous landmark is the beautiful medieval bridge with pointed arches over the River Lima and Largo de Camões, with a fountain that used to supply water to the inhabitants.

Ponte de Lima is considered one of the most typical cities in Minho and it is the perfect spot to try famous Minho dishes such as the arroz de sarrabulho, caldo verde and lamprey rice.

Every fortnight, this traditional town is brought to life when a huge and lively fair that dates back to the Middle Ages is held on the banks of the river.

Due to its costal location, Viana do Castelo played a key role in the Portuguese Discoveries.

Santa Luzia hill offers great views of the city and is home for the Sanctuary of the Sagrado Coração de Jesus de Santa Luzia, built with a Roman-Byzantine inspiration and with its impressive rose-windows, which are the largest on the Iberian Peninsular and the second largest in Europe.

Praça da República, right in the centre of the town, is home for the 16th century Misericórdia building and fountain, as well as the old Paços do Concelho (Town Hall). Nearby there is the Romanesque Cathedral or Igreja Matriz (Parish Church).

By the sea there’s a baroque church guarding the image of Nossa Senhora da Agonia, the patron saint of fishermen. The image is taken out every year on 20 August to bless the sea in one of the most colourful festivals in Portugal, where the beauty and richness of the costumes are remarkable.

Showcasing the local traditions, Museu do Traje (costume and gold museum), the Municipal Museum and the ship Gil Eanes are worth of a visit.

Suggested activities: Viana do Castelo is the perfect spot for several kinds of water sports (surf, windsurf, kite surf and body board). 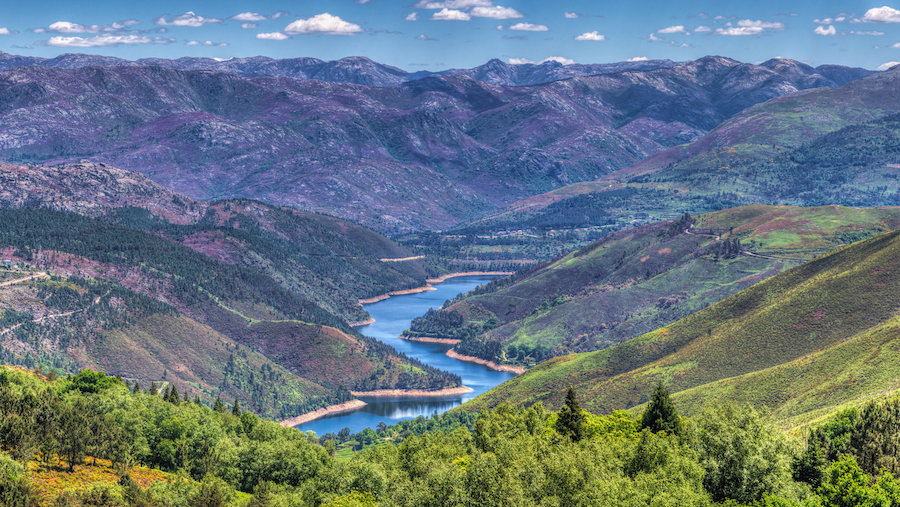 Suggested activities: Walk a trail on the Peneda-Gerês National Park or spoil yourself with a thermal bath.

One of the oldest cities in the country, Porto offers a wide range of experiences for its visitors. From a Douro River cruise to a visit to its picturesque old churches and monuments, and not forgetting the new contemporary buildings of architects like Siza Vieira, Souto Moura or Rem Koolhaas, a visit to Porto means falling in love with its countless charms.

Founded by the Romans in 16 b.c. and named “Bracara Augusta” after the Roman Emperor Augustus, Braga is the oldest Portuguese city and one of the most ancients Christian cities in the world.

The Se in Braga is the oldest in Portugal and was the major religious reference point throughout centuries. The Bom Jesus do Monte Sanctuary, an important pilgrimage site; the Monte do Sameiro, where a colossal statue of Nossa Senhora intently watches over the city are also worth of a visit.

A visit to Guimarães is worthwhile due to its historical centre and the rickety houses and medieval buildings that were recognised in 2001 as World Cultural Heritage by UNESCO.

Portugal was born as an independent country, in 1143, in Guimarães and this is where the first king of Portugal, D. Afonso Henriques, lived.

Suggested activities: Visit farms and wineries and have a glass of Vinho Verde.